Last summer, my daughters and I enjoyed some programs at our local library as part of the library’s summer reading program.

At one science program we attended, a large clear glass aquarium was set on a table in the front of the room. The aquarium appeared to be filled only with a yellowish color liquid, which we later found out was vegetable oil. I was surprised when the presenter and a volunteer wearing gloves pulled numerous glass beakers, test tubes, and jars from the aquarium.

Apparently, Pyrex glass appears practically invisible inside other glass containers filled with vegetable oil. I had to try this at home!

My daughters and I gathered our vegetable oil and glass Pyrex bowls.

One of my daughters added the vegetable oil to the larger bowl. 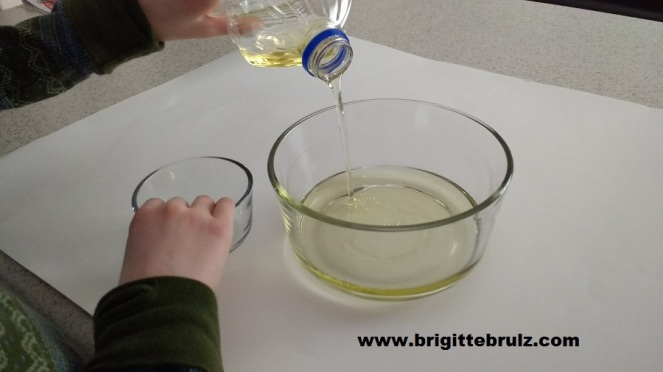 Then, my other daughter filled oil in the smaller bowl. I can see why the presenter and his assistant were wearing gloves when they did this experiment!

Once filled, she placed it in the larger bowl. 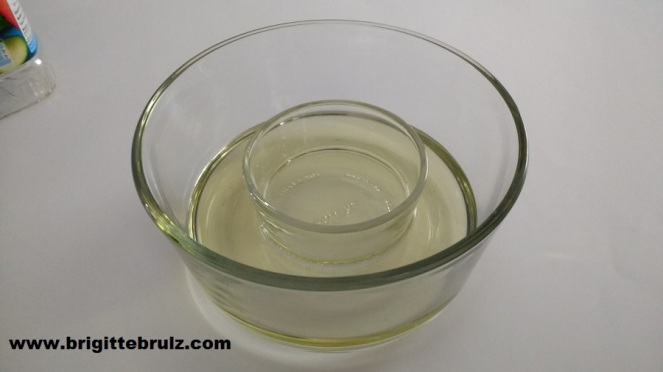 After experimenting with the bowl facing up, we decided to flip the little bowl upside down and place it back into the large bowl. The top part of the bowl is visible where there is no vegetable oil, but the bottom part is not as easy to see.

It looks as though the little bowl has disappeared on the bottom of the large bowl. Just like magic!

Maybe your little one would like to be a “magician” like the girl in the book Jobs of a Preschooler and try to make things disappear with this simple experiment! 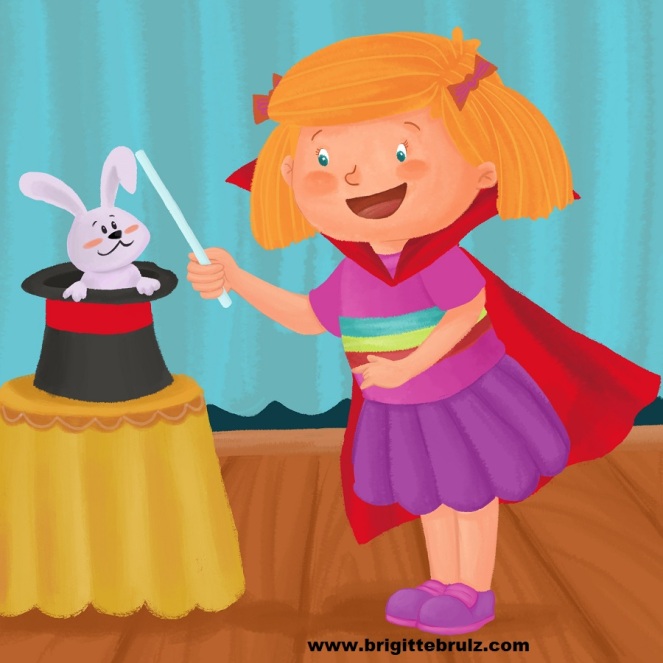 What can (s)he make disappear?

You can check out these posts for more science fun.

View all posts by Brigitte Brulz

This site uses Akismet to reduce spam. Learn how your comment data is processed.