Be a builder by building a bridge…try to say that ten times fast!

In the book Jobs of a Preschooler, the little girl has a job as a builder on one of the pages. 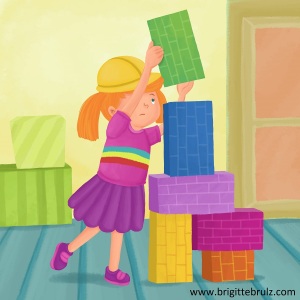 Your little ones can also become builders by building a bridge.

Recently, I told my daughters to build a bridge with whatever supplies they could find in our craft supplies. The bridges had to fit across two stools that I set 8 inches a part and had to hold 150 pennies without breaking.

One daughter found a paper towel roll, which she cut open. Then, she taped craft sticks on the sides of the paper towel roll hoping they would make her bridge stronger. Once the edges of her “bridge” were taped to the stools, she began loading it with pennies. Here is the bridge with 150 pennies- it survived!

My other daughter decided to tape numerous craft sticks together like a large raft.  It didn’t look as sturdy as the paper towel roll bridge, but it also succeeded. Here it is with 150 pennies still intact. 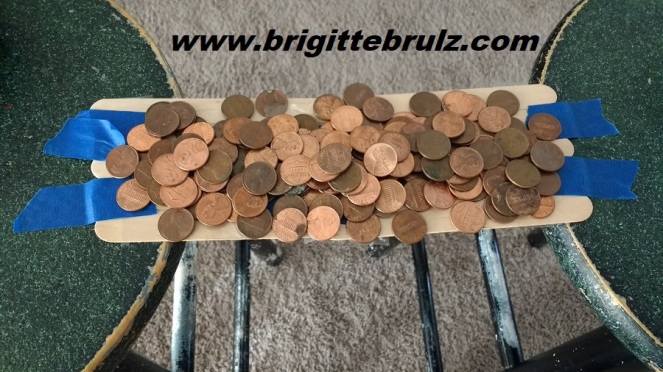 This project can be done with various distances, supplies, and weights. Although both of my daughters built rather flat bridges, they could be made with various sides and supports.

For more building ideas, check out a guest post I had on Hands On As We Grow entitled 25 Ways to Build Towers Without Blocks.